Home > Biblical Truths > Your Disability is Part of His Plan

Your Disability is Part of His Plan 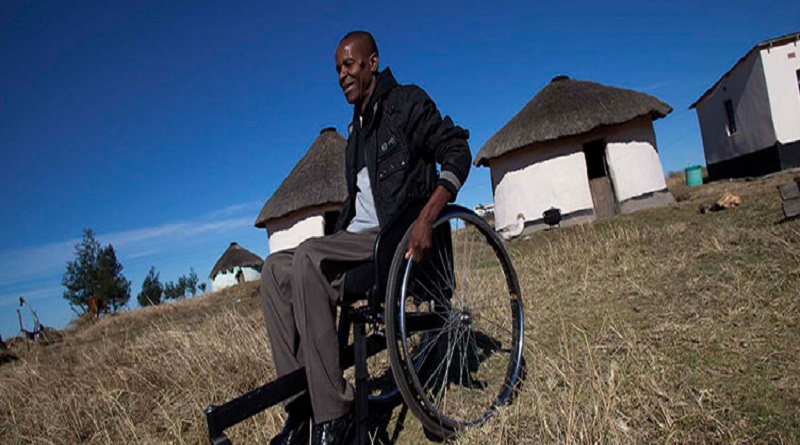 2 Samuel chapter 4 verse 4 tells the story of Mephibosheth, Jonathan’s son who was lame in his feet as a result of a terrible fall at five years old when his nurse was fleeing with him after the news of King Saul’s and Jonathan’s death. (He became lame instead of being killed like Ishbosheth).

In 2 Samuel 9, King David restored all the land of Saul to him and commanded that many servants work for a man who considered himself a dead dog because of his disability. Little did he know at age 5 that being lame was part of the bargain and plan to take him to greatness and destiny where he would eat continually at the king’s table as a Prince he was born to be.

This blind man in John 9, whose name was not mentioned, was blind from birth and as it is the common nature of men, his blindness was attributed to sin by his parents or himself. What sin can an unborn child commit in the womb? Quite hilarious! Don’t you agree?
Thank God, Jesus answered, “Neither sinned but that the works of God should be revealed in him” and He healed his blindness that was part of the bargain to the glory of God.

Although not a story of physical disability but one of woes and calamities of a man who was terribly afflicted, disadvantaged and quite undeserving of all the evil that befell him.

It all began in Job chapter 1 when Satan presented himself before God and God spoke so enthusiastically about his precious and upright son, Job. Satan, thinking he could burst God’s bubble, told Him, Job served Him only for gain and asked that He should remove His protection on Job and everything he owned, to see how Job would curse Him to His face when he loses everything.


Being undaunted in His confidence in Job’s uncontestable loyalty as a proud father would be of his faithful son, the hedge around him was lifted but He commanded satan that his life be spared.

The book of Job talks of the ordeal of this man and how finally God turned things around for him, most importantly keeping from sining against Him.

Job was ignorant of the battle over his life. He just knew he was facing difficult times. That cycle of his life was part of the plan to bring him full restoration and bountiful testimonies in Job 42:10-17.

We all can relate to these stories. We know people in similar situations or conditions, it might even be us. It is quite normal to feel dejected, rejected, forgotten, totally unloved because of physical disabilities and some areas of disadvantages in life but there is a message from The Lord for us today. “IT IS PART OF THE BARGAIN OR PLAN. JUST LIKE MEPHIBOSHETH, THE BLIND MAN AND JOB, YOU ARE COMING OUT GLORIOUS, VICTORIOUS AND ABOUNDING IN TESTIMONIES”

You only need to bring God into that situation and let Him alone handle what He knows to do best.
Your disability or challenge in your life is not meant to be your end but just the starting point for many wonderful things to come. There is always light at the end of the tunnel.

In the world today, there is a great population of people living with disabilities. Some of which are not even physical. Whatever they are, Only God can totally fix them. Therefore, run to Him for help, release yourself completely into His able hands. Your disability alone is not enough to bring you into your much desired destiny, You have to serve and follow without looking back The Destiny Moulder Himself. You can do this also by accepting The Lord Jesus into your life.


I salute the courage of Evangelist Joni Eareckson Tada, Evangelist Nick Vijucic among many others, who are not defied by their disabilities. Also, of millions of people who participate in Paralympics, proving to the world that disabilities cannot mar but can actually make a person.
Kudos to their families, friends and organisers of programmes that give hope to these wonderful people.

In closing, I would like you to know God never thought evil of anyone when He allowed any predicament in life.

In fact, He was very sure you would pull through successfully with His help. Why go through the pain alone? He is earnestly waiting for you. Take that decision to embrace Him now and walk with Him hand in hand as you smile at the storms of life.