Words of Advice to the Youths of this Generation 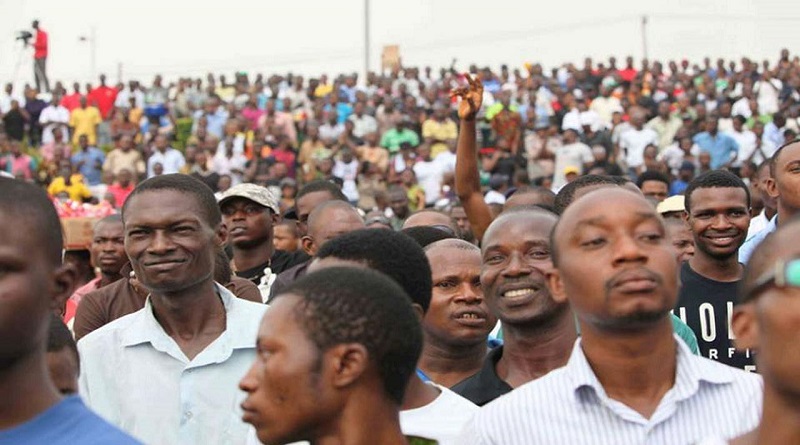 “Remember your Creator in the days of your youth: Before the days of adversity come, and the years approach when you will say, I have no delight in them”.
(Ecclesiastes 12:1)

Let no one despise your youth, but be an example to the believers in word, in conduct, in love, in spirit, in faith, in purity. ( 1Timothy 2:22)

The word ‘Youth’ is defined as the period between childhood and adult age. It is also the state of being young especially as associated with freshness, vigour and immaturity.

Between the age zero and adolescence, psychologists believe that the behavioral pattern of every child would have been fully formed, therefore it is the right time to teach children the fear of God, the main essence of life, respect for humanity and other core values of life.
The lessons learnt by the children, during this period, at home, in school, in church and from the society they are exposed to, good or bad mould their future destiny.

On this topic, we shall be looking at what goes wrong

1. When a one time seemingly sweet and God fearing girl suddenly becomes an evil and wicked woman who is constantly thinking of harming others.

2. When a dashing, one time God loving boy ends up as a danger to the society without the milk of human kindness flowing any more in him.

3. When most of the youths in this generation no longer reverence God and have lost total interest in Godliness, Holiness and Righteousness.

It is sad to know that some of these youths begin the journey of life in church, giving the facade of knowing and pleasing God when they definitely do not because their ways are far from His and others are not even raised in godly homes.

First and foremost, we must all understand that God never created anything or anyone bad, Genesis 1 says “And God saw that it was good” (this is simply speaking about all His creation). It is the handiwork of satan, poor parenting and individual decision to go on the frolic of his or her own that make people bad.

Imagine, for a second, an innocent child who is raised in the fear of God at home by Godly parents, in church by God fearing, genuine servants of God, at school by upright teachers who uphold righteousness and good moral values, and in a society where he or she is also constantly reminded to love God, respect human life, the dignity of labour, the importance and rewards of other core values like honesty, discipline, respect, love, integrity, loyalty to mention a few. If he or she does not drift from this Godly and righteous path, by God’s Grace, he or she will prosper in life and be a positive example to his or her peers and would pass this legacy to the generation after him or her.

Matthew18:1-4
“At that time the disciples came to Jesus, saying, “Who then is the greatest in the kingdom of Heaven?”

And Jesus called a little child to Him, set him in the midst of them,

and, said “Assuredly, I say to you, unless you are converted and become as little children, you will by no means enter the kingdom of Heaven”.

“Therefore whoever humbles himself as little child is the greatest in the kingdom of Heaven”.
Matthew 18:1-4

The Soon and Coming King, Jesus Christ, was captivated by the humility, belief, trust, innocence and genuineness of children’s hearts. He noticed how little children related freely without inhibitions or prejudice. They apologized when they erred and lovingly forgave when wronged.

This however was not the same with the unregenerated adults who grossly indulged themselves in pride, arrogance, doubt, distrust, hypocrisy, contention, strife, envy and jealousy as they sought the position of who is the greatest in God’s kingdom.

His main emphasis and antidote for greatness was and forever is HUMILITY.

What is HUMILITY?
Humility is a modest or low view of one’s importance.

Many scriptures in bible depict humility as God’s mean of elevating His people to the highest level of His blessings. His sheer grace and mercy uplift humble people who look up to Him for help and not to themselves or their achievement.
The bible says, “God resists the proud but gives grace to the humble.” 1 Peter 5:5

Can we say today, that our youths, the children raised by us are humble in all manners of life?

Have we as adults encouraged them to remain humble or have we helped to destroy the good nature God put in them as children, when we take side with them when they are wrong instead of correcting them, or when we fan their ego, by constantly reminding them about the class of people they should or should not relate with because of our social status or accomplishments in life.

There is absolutely no way parents (or the older generations) can be exonerated from the menace that we are witnessing in this generation.

Most of the youths have learnt bad lessons from the perverse and wicked elders. They have even become deadlier and more vicious than anyone could ever imagine, bringing themselves daily under the wrath and judgment of God as they transgress and disobey His laws and commandments.

Homes, churches and schools where Godliness, Holy living and good moral lessons ought to have been inculcated, have become the very centres of attraction and recruitment bureaus for satan through evil youths and adults to carry out their wicked acts and counsels.

The question is, “Will God overlook the sins of this generation? and the answer is “NO” because other generations that did same and did not repent were punished (e.g Noah’s and Lot’s generations) but there is mercy and grace through The blood of Jesus now.
2 Chronicles 7:14 says ” If My people who are called by My name will humble themselves and pray and seek My face and turn from their wicked ways then I will hear from heaven and will forgive their sin and heal their land”.

God does not take pleasure in destroying anyone, rather He wants sinners to repent and mend their ways because the sin of every man or woman will find them out.

“And the Lord smelled a soothing aroma Then the Lord said in His heart, I will never again curse the ground for man s sake although the imagination of man s heart is evil from his youth nor will I again destroy every living thing as I have done” Genesis 8:21

The advice to our youths, is “Seek The Lord with all their heart, mind and soul when He may be found because the time comes shortly when it might be too late.” Isaiah 55:6

God loves children and youths so dearly. He trains and teaches them by Himself. He demonstrated this, several times in the bible when He saved and ruled nations by the hands of youths like David, Joseph, Daniel and so on, and He ordained prophets, pastors, among them like Samuel and Timothy.

“O God, you have taught me from my youth. And to this day I declare Your wondrous works” Psalm71:17

In closing we ask, ” Will the youths of this generation drop the baton passed on to them by the founding fathers of faith who in their youth stood out for God and were instruments of His love to His glory?”