The Simplicity of Jesus (Part 1)

//
hotf
/
Comments are Off
Lifestyle 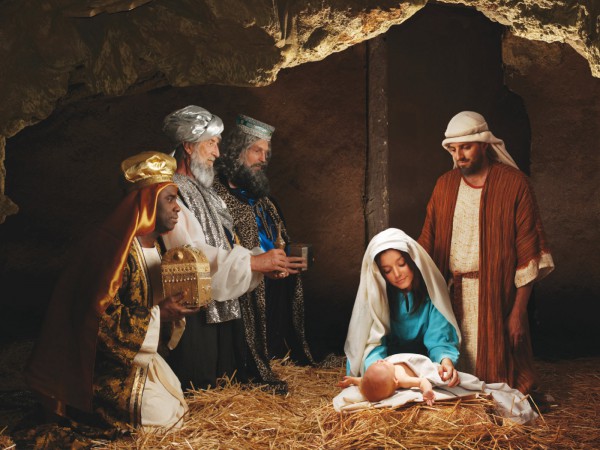 The world did not believe His Holy conception and birth. Now, it is over 2000 years since He walked upon the face of the earth, several debates and counter debates, archaeological researches and findings are still ongoing because of Him, to determine the Supremacy of His Being.
CNN, BBC and all cable channels were not invented then, to broadcast the news, neither was the social media available to confirm its authenticity through live coverage.

The Real Royal Majesty in Heaven and on earth chose to be born in a manger hidden from men’ eyes instead of, in the best hospital of that time (if there was any). Only Joseph and Mary ushered Him into the world with great joy and gladness.
Oh! let’s not forget the wise men from the East who brought Him gifts.

In our world today, earthly royalties in every nation receive the best medical care and gifts pour in from everywhere.

Why does God hide Himself in great simplicity?

David said, “Truly, You are a God who hides Yourself”. John said, “He came to His own, His own received Him not because they did not know Him”.

This is the simplicity of our God who put on flesh to experience humanity’s pains, joy, struggles, wants, needs, challenges, strengths, weaknesses and so on.

He knew this was the only crucial way to reach out to us and reconcile us to The Father.

The bible gives account of the fact that Jesus was simple in all His ways and never compromised the Heavenly standard. His message and mission on earth was to reunite the mankind back to The Father of Life whereby enabling us to enjoy the full benefits of The Father’s love and blessings.

Through His undying, unconditional sacrificial love, Jesus gave His life for us, His friends. Nothing else was more important or valuable to Him than saving the soul of every man. Moved by compassion about life’s travails, He taught on Divine principles about life and the kingdom of God, healed diseases and set free those that were bound by the devil and raised the Dead.
His love for the whole world was immeasurable.

Through humility, to the amazement of the Elites, the Bureaucrats, the Great scholars and the Religious leaders of His time, He identified with the Weak, the Poor, the Down trodden and the nonentities.
Not that He hated or preferred a particular social class, His divine love cut across all and knew no bound. He wined and dined with both The Rich and The Poor, as shown in the Holy scriptures. His call for salvation was to all men. He was and still forever is humility personified.