The God Who Truly Hides Himself

Talents, Gifts and Calling; God’s way of fulfilling His Purpose in our lives. 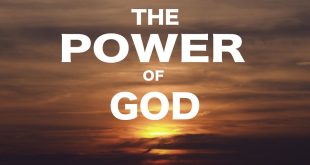 The Power of God

When Joseph was kept in a pit by his brothers because of their jealousy and hatred for him; sold as a slave to the Midanites; bought by Potiphar, served in his house and ended up in prison as a result of the lie of his master’s wife, where was God? Genesis 37, 39, 40 & 41.

When David who defeated Goliath and was anointed king by Prophet Samuel at God’s word, had to run for his dear life because of the king’s several attempts to kill him, where was God? 1 Samuel 16, 17 18 & 19.

When Haman sought to kill Mordecai and completely wipe out the Jewish people including Esther, where was God?
Esther 3.

WHERE IS GOD? OR WHERE WAS GOD? are the questions we ask when we cannot see God in our overwhelming circumstances. Without much consideration, we conclude “GOD is DISTANT! HE IS UNPERTURBED, ABSOLUTELY UNCONCERNED and COLD towards us.” If He truly cared, He would have made HIS PRESENCE KNOWN OR EVEN FELT. (This, we say because of our myopic evaluation of the supernatural)

In Joseph’s case, it was God who protected him first from his brothers and any beast while in the pit, guided him to be sold to the Midanites only, not anyone else, then to Potiphar and to interpret dreams in the prison where he met the butler, the baker and finally Pharaoh. (We all know how he became a father to Pharaoh)

David could have been killed by the bear, the lion and Goliath long before his encounter with King Saul but The Hand of The Almighty God preserved his life. That same power delivered him from the king’s spear attack and gave him victories over all enemies.

Although God was not mentioned in the book of Esther, His Mighty acts were evidently stated. From Vashti’s dethronement, to Esther crowned queen. and Mordecai gaining victory over Haman thereby saving all the Jews from total annihilation. (God was present though He was not seen). Esther 1, 2, 3, 4, 7&8.

Isaiah 45:15 reads “Truly You are God who hides Yourself, O God of Israel, The Saviour.”
Therefore, it is safe to say that it is the nature of Our God to hide Himself and to my mind, there are three reasons why He does.

First, is to hide Himself from sin because His Holy Eyes cannot behold sin.
Psalm 34:16
Second, is in the time of trials and persecution. Psalm 44:24
Third, is to work behind the scene for us while we assume He is not with us but He is actually, always there, as His works praise Him and bring Him glory.
Psalm 34:15

Jesus asked those He healed miraculously and delivered from demonic powers to go their way (without necessarily broadcasting: We know how well they obeyed that instruction).

Beloved, you might think God has deserted you and He does not care at all about your predicament. Permit me to tell you, you are wrong! All through the Bible, there were different people with both great and small challenges in their lives but as they believed God’s word that He is Ever Present Help in time of trouble, they received solutions to their problems.
Although, Our God hides Himself, He so divinely orchestrate everything behind the scene in our favour. Why not repent of your unbelief, complaint and murmuring today and completely trust Him and His word more one time now?
I am sure He will open your eyes to all He has already done for you and yet do much more in Jesus’ Name.

Previous My Peace I Give You
Next Happy 60th Independence Anniversary, NIGERIA!!!! 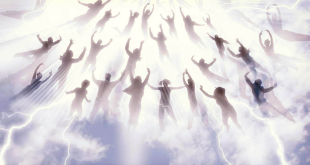 Love Will Rapture The Bride

You might marvel, “what love? which bride? and how do you mean ‘rapture’?” Not to …