Home > Biblical Truths > Satan, The Enemy of God and His Children – Part 2

Satan, The Enemy of God and His Children – Part 2 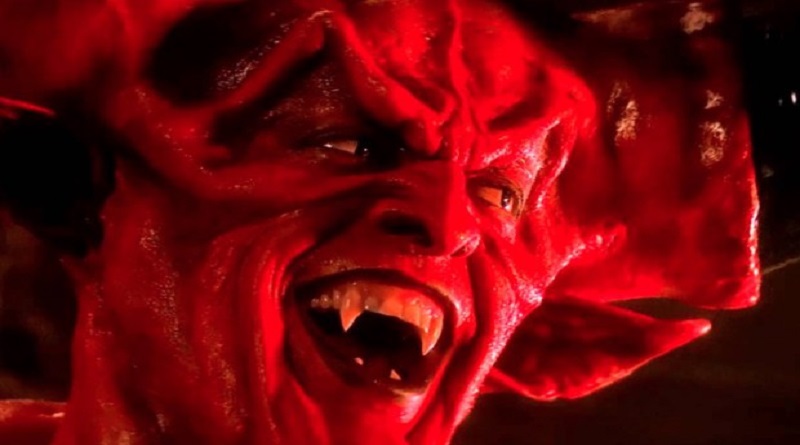 Why does satan hate God and His children?
Satan hates God because God casts him out of heaven with his angels when they rebelled against Him. He was cast down to earth and he became furious. Revelations 12:12
He hates mankind generally but has special hatred for God’s children.
After God cast satan out of heaven, He created Adam, the first man, from whom all mankind was born and He enjoyed fellowship with man. From Adam, Eve was formed, thus satan was jealous and caused them to sin against God and they lost the privilege they had with God. Satan was happy about this but did not know God had an alternative arrangement to redeem and restore man to his original position with Him.
Jesus came to pay the ultimate price for the sins of all mankind. Those who receive Him as their personal Lord and Saviour receive salvation and abundant life (John3:16-18). Satan lost out big time when Jesus was crucified and He resurrected. Today, there are more genuinely born again children of God on earth in spite of satan’s attacks to wipe them all out and stop the gospel from being preached through various persecutions and trials.
His hatred is therefore intensified and he will not even spare the ungodly people (sinners) who reject Christ. He pollutes them with sins and he holds them captive as prisoners. They will spend eternity in hell with him and his angels.

WHAT SHOULD I DO IN ORDER NOT TO BE UNDER SATAN’S INFLUENCE?
First, I must confess my sins, repent from them, accept The Lord Jesus Christ as My Lord and Saviour, believe that He died for all my sins, washing me clean with His blood.(Colossians2:13-14)
I must be baptized by water and by the Holy Spirit with fire (with the evidence of speaking in tongues) (Acts2:38)
I must study God’s word and confess it, pray to God daily and get involved in spiritual activities that will enhance my faith and growth in Christ. (2Timothy2:15, Colossians3:16)
I must tell others about the love of God and the salvation in Him. (Matthew28:18-20)
I must live a holy and Godly life within and without, whether others are watching or not. (2Timothy2:17)
I must never believe in the lies of the devil. My faith should be in God and my obedience to Him fulfilled. I must believe that His grace is sufficient for me.
I must exercise my authority over him and his cohorts (Luke 10:19)

DOES SATAN WORK ALONE?
No, he does not work alone.(Matthew 7:22; 8:31,Ephesians 6:12). There is hierarchy in the kingdom of darkness where satan rules, there are fallen angels, principalities, powers, rulers of darkness, spiritual wickedness in high places, demons and human beings who are embodiments of these evil spirits (witches, wizards, sorcerers, magicians etc).

HOW DOES HE OPERATE?
He tempts us with sins (Matthew4:1-11). He is an accuser. (Revelations12:10). He steals, kills and destroys. (John10:10). He pollutes and controls our minds when we allow him. (Romans 8:6; 12:1-3; 2Corinthians10:3-6)
He causes hatred, offences, disunity and sowing seeds of discord among brethren. He persecutes believers because of their faith in Christ.

WHAT IS GOD’S JUDGEMENT/VERDICT ON HIM AND COHORTS?
Jesus disarmed principalities and powers. He made a public spectacle of them by triumphing over them in it. (Colossians2:15) He gave us authority over them. (Luke10:19; Psalms149:7-9). God has prepared the bottomless pit for satan where he will be chained down for 1,000 years (Revelations 20:1-3) and hell for his cohorts and their human agents. Afterwards, he will be thrown into the lake of fire forever.