Home > Biblical Truths > Why Does God Sometimes Seem So Far Away?

Why Does God Sometimes Seem So Far Away? 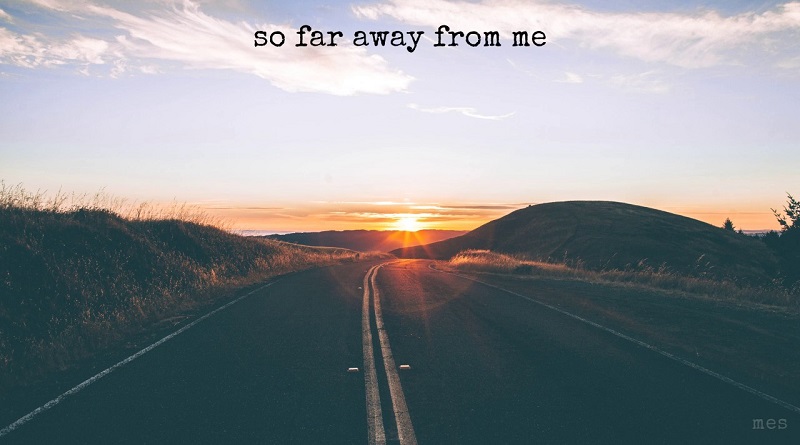 Oftentimes, we pray so desperately to God when confronted by the most challenging predicaments or situations and it seems like the problems defy solution.

At times, we even see a mirage of clues and foolishly conclude within ourselves, “That is it!, we have the answer, we can handle this!” but it also fails.

Then we wonder, “Did God not hear our prayers? Does He not care about us? Are His promises not true? Is He no longer bound by His word? Why does He allow His children to suffer? Is everything in life not supposed to be rosy for believers since we know and serve God? Are we not His Beloved any more?
These questions and many more flood our hearts, therefore we complain, murmur, brood, whine, cry and even push ourselves to the dangerous point of doubt and unbelief.

Child of God, the number one thing you must know in such circumstance is that God genuinely, sincerely loves you. He knows you through and through. There is nothing you are going through that He is unaware of. In fact, He planned it all to bring out the best in you. His intention is never to destroy or forsake you.

It is to bring you to an expected end. The panacea is in Him alone.
What you need to do is to ask Him to give you the grace to come out of the test or trial as gold tried in the fire, fit for The Master’s use.

Number two, He is ever so Faithful. He is always there though we may not see Him. He promised never to leave nor forsake us and His word is true.(Isaiah 41:10).

A perfect example of a child of God who went through so much predicament was Joseph. Please, read Genesis chapters 37 through 40.

His tests and trials started from childhood, by the hands of his own brothers. He was greatly despised for his God given gift and his father’s love. Can you imagine how lonely he must have been, even without his mother? He must have asked God so desperately for help but instead of his situation becoming better, it grew worse. (What could worse than being thrown into a pit as a teenager, then sold off to a strange land as a slave?)

As if that was not enough, the temptation from Potiphar’s wife which he overcame by God’s Grace, landed him in prison.

Question: Where exactly was God at these different points in Joseph’s life?

Answer: HE WAS THERE ALL THE TIME.

1. He made Reuben speak against killing him.

2. He did not allow a wild beast to devour him in the pit before he was sold as slave.

3. He directed the Midanites to buy then sell him to an Egyptian, an action that took him to Portiphar’s house. (Don’t you think he could have been taken elsewhere?)

4. He deliberately took him to prison to interpret the dreams of the butler and baker, so that he would one day meet Pharoah, interpret his dreams and become very prominent in Egypt.

However, can you for a second imagine all the pain and anguish Joseph endured to become a father to Pharoah? Now compare it with the joy, reward and satisfaction of a Hebrew slave boy who later became the Governor in Egypt.

Time will not permit us to discuss the likes of David, Daniel, Shedrach, Meshach and Abednego, Paul and others in the bible who went through so much for God to be glorified in their lives.

Beloved, why do we then despair when we pass through tests and trials? Why do we think God has left and forsaken us? Why do we think He is so far away?
Yes, it is very natural to feel that way but we must quickly renew our mind with the word before satan takes advantage of us by making us sin against God.

Sin hinders prayers but when it is confessed, forsaken and washed away by The Blood of Jesus, God hears us.

Let us therefore learn to trust God and ask Him daily for more grace to endure and finish strong. Paul said he who will follow Christ must suffer persecution. Christ Himself told us we must carry our cross.

There is need for us to overcome temptations, endure persecutions and be patient during tests and trials.

God is always there for us, His strength is made perfect in our weakness. He promised to be with us till the end and His word is true.

God bless you as you continue to hold on to His unchanging hand.