Home > Biblical Truths > God Can Use Anything and Anyone

God Can Use Anything and Anyone 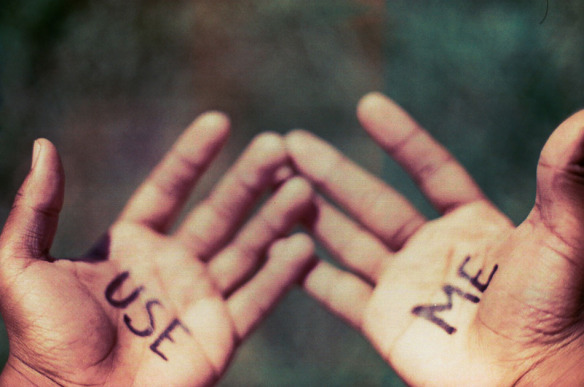 If YOU can use anything, LORD

If you can use anything, LORD

If YOU can use anything, LORD

Each time, this song is rendered in supplication to God, it brings about a sober reflection on His Powerful and Fearful Deeds. Nevertheless, He still takes so much pleasure in using anything or anyone willing to walk with Him, irrespective of race, gender or status to the glory of His Name.

“How could God use a dove to tell Noah the land was finally dry after the flood? How could He make the raven feed Elijah, or make a fish swallow Jonah to help him commute to the place of his assignment and prepare a plant to grow and die within hours just to shield him from sun?”

How about the popular encounter of talking donkey and prophet Balaam?

Indeed, Our Most Powerful and Greatly To Be  Feared God and Father specializes in using the foolish things of the earth to confound the wise and He is no respecter of persons.

In no particular order, let us take a look at some of the most unlikely and undeserving people in men’s opinion but who were used by God in  the Bible.

His ancestors were idolaters and polytheists (worshippers of many gods including the moon). Even Joshua reminded the people, “Long ago your forefathers, including Terah the father of Abraham and Nahor, lived beyond the River and worshipped other gods”

Genesis chapter 12, after God revealed Himself and made promises to him,  he became monotheistic and his belief (in The Only True God) was counted for him as righteousness.

Today, Abraham is the father of all nations and in his Seed, all the families of the earth are blessed.

Are you wondering how God could call the son of idolaters?

Well known in the society for her profession, a reject, we could say. She did not deny hearing about the mighty acts of God amongst His people, Israel. Therefore, she saved the spies sent to Jericho and obtained a promise of being spared from them. When the whole city was totally destroyed, she and her household were saved and she became the great, great, great grand mother of Jesus Christ through marriage to one of them.

A sixteen year old would be the last person on anybody’s mind to defeat a war veteran not only because of his experience but of his intimidating stature. However, God used David to destroy His enemies and save His people.

4. Virgin Mary, The Mother of Jesus

Without a doubt there must have been other virgins in Israel at that time but only Mary was qualified because God saw in her what He did not see in any other.  She conceived by The Holy Spirit and gave birth to Our Lord Jesus Christ thus she became blessed among all women. Matthew 1:20-23

In his quite misappropriated zeal, he persecuted the church thinking he pleased God.  After his conversion through an encounter with Jesus, Paul became an Apostle to the Gentiles, he preached the same Christ He once persecuted like no one else ever did, amidst great tests, trials, tribulations and willingly laid his life for the gospel.

Facts about being used by God

1.  One notable thing about these people in my opinion is that they had a heart (a void, a little room in the heart) for God. It is possible that they might not have understood it initially but God drew them closer to Himself, so that they could be mightily used and blessed by Him.

2. Positioning ourselves appropriately is vital.  Abraham had to align and relocate. So did Rahab.

3. Humility is always a virtue.  God resists the proud but gives grace to the humble. Goliath was proud but David was humble.  You can also compare the humility of Nicodemus with the arrogance of the high priest and his company, the Pharisees, The Sadducees and Scribes.  Moreso, the righteousness and humility of Micaiah versus the delusion of the other prophets. (James 4:6; John 3:1-9; Matthew 26:57-68;1 Kings 22:5-28)

4. Loving God and other people as demonstrated by Abraham, Rahab  and David, makes it easy for God to use us.   Imagine for a second what would have happened to the two spies, had Rahab not helped them. If Abraham had left Lot and not cared about him at all. Or if David had been unperturbed by the ranting of Goliath against The God of Israel and the armies of The Living God. (Matthew 19:19; 22:37-39)

Dearly Beloved, you too can be used by God. All you need to do is to start creating a little space in your heart for Him. It does not matter what your present situation is or your past was, the most important thing right now is your future! When you place your life in His hands, He will make all things beautiful in its time.

You may be an idolater, a harlot, a sinner, a nonentity or a social misfit in men’s opinion; there is still hope and a place for you in God, if you will forsake your sins and turn to God.

Jesus loves you so much, He wants to save you and give you a brand new life.

Believe Him! Why give up on yourself when God has not given up on you?

People’s perception of you, will not count on judgment day, only God’s perception will. Come to The Saviour, make no delay because tomorrow may be too late!