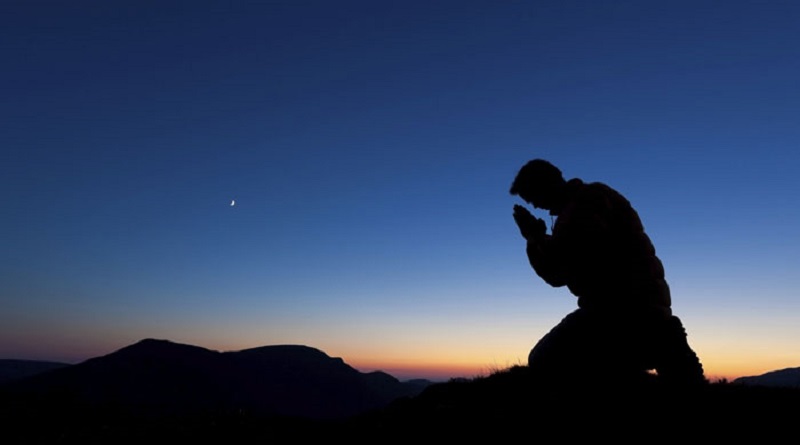 There is an aspect of forgiveness that our attention is not always drawn to it.

It is the silence of God when we go on the frolick of our own even when He has spoken over us His divine and precious promises.

This does not mean He has not already forgiven us, it actually means He has but He is also dealing with the pain and anguish our disobedience caused Him.
* Never forget that The Spirit of The God we serve, The Holy Spirit can be grieved, quenched and resisted.(Ephesians 4:30)

When all these happen, He leaves us in silence until we realise our mistakes, repent and crawl back to His loving Outstretched Arms and He forgives us all over again.
Our relationship with Him is then once more strengthened and renewed.

This is also how He expects us to relate with one another. When we are wronged or offended, it is okay to feel the pain and leave, or ask to be given little space to heal or recover but we must never forget to forgive like God.

The encounter between God and Abram in Gen 16 and 17 illustrated below, explains this more.

It was recorded that when Abram and Sarai acted in unbelief by having a child, Ishmael with Haggar, God was silent in relating with Abram for 13 years.

In Genesis chapter 15, when God gave the promise in a vision to Abram, as far as He was concerned it was a done deal but the inability to wait for it, made Abram and his wife stumble.

To my mind, the reason for God’s long silence was because He was grieved since He is Omniscient, He knew ahead of time the trouble that would ensue between the seed of Ishmael and that of Isaac later on in life, amongst other things the Seed of Abraham would pass through because of this grievous mistake.

Although He is All knowing, All Powerful, God neither works against our will, nor imposes His will on us.

It is no surprise that since we were made in God’s image, He expects us to willingly live our lives according to His pattern in absolute obedience and total surrender.
We were created emotional beings with full capacity to love, get angry, be sad, joyful, happy, offended (when sincerely wronged) and so on but He never gave us permission to be hateful and unforgiving.(Ephesians 4:26-27; 31-32)

Father Abraham must have prayed many times daily asking God in genuine repentance for forgiveness until He showed up again. It is very certain that it was not for lack of forgiveness that God did not answer soon enough but they both needed space. GOD, to heal from the pain Abraham’s disobedience inflicted on Him and Abraham, space to come to his senses realising He has sinned against His Maker and Friend.

The rest of the story of Abraham’s walk with God in Genesis is a living proof that God truly forgives and Father Abraham never stumbled like that again. In fact, Jesus testified of him in paradise playing a major role in Luke 16:22.

The question now is, “Have you suddenly not been hearing God because you have grieved Him through disobedience to His word and He is silent over your case?” Like Abraham, “Admit and confess your sin before God, repent genuinely , seek Him right early in total surrender! He will forgive you and speak to you more as you walk with Him.
Please remember, He loves you so much, He is not willing to forsake you but your sin can separate you from Him if you do not deal with it.