Home > Lifestyle > Am I My Brother’s Keeper? 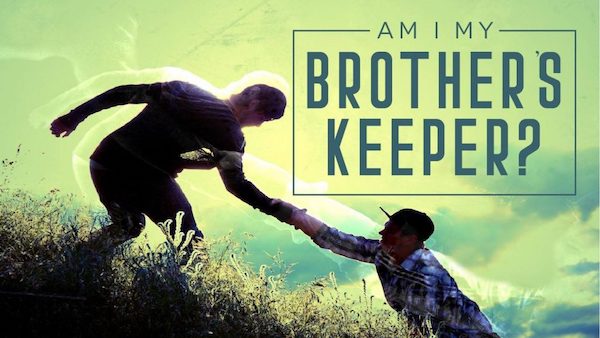 The responsibility of being our brother’s keeper was handed down to Mankind by God and the very first case to prove that, was in Genesis 4:8-9.

Having demonstrated His own endless love and care for us by providing all our needs long before He created us, God expects all of humanity to follow His example.

When Cain rashly answered God’s question about the whereabouts of his brother, Abel, it was not that The All Knowing, Omnipresent and Invincible God did not know what he had done: He just wanted him to confess with his mouth, his ardent refusal to follow His Holy principle which is a sin before His pronouncement of judgment!

This thought-provoking question God posed to Cain, “Where is Abel your brother?” reveals how He holds us accountable for the well being of our fellow human beings.
While He has not asked us to love anyone more than ourselves, His demand is simply for us to love others as ourselves, (relating with other people, the same way we want them to relate with us, in all fairness, purity and holiness).

The grudge Cain bore with Abel was inappropriate! It was God who refused his sacrifice, not Abel! If he had channeled his complaint to God instead of killing his brother, the outcome would have been different. (I trust! God would have straightened him out lovingly if he was willing and obedient).

Many people today, hold grudges against their brothers and sisters. In fact, some have become extremely toxic, critical, resentful, bitter, hateful and judgmental.
Their hostility towards others will definitely attract judgment upon them like Cain.

Is it not better to forgive ourselves and embrace one another in love as we reap the reward of eternal life through salvation in Christ? The choice is yours!

Here are a few scriptures on God’s commandments on how we must relate with one another as His family.

The Consequences of violating God’s principle of being our brother’s keeper.

1. Being cursed from the earth.
2. Making prolonged, wasted and futile efforts in all endeavours.
3. Being a fugitive and vagabond on the earth.

In Genesis 4:14, interestingly, Cain feared being killed and protested but rather than lifting the curse, God placed a seven-fold stiffer punishment on whoever killed him while he bore his judgment.

In conclusion, the greatest desire of God for us is to love our brother or sister also (by being their keeper) if we truly love Him. Failure to fulfill this, is to end up as another Cain.